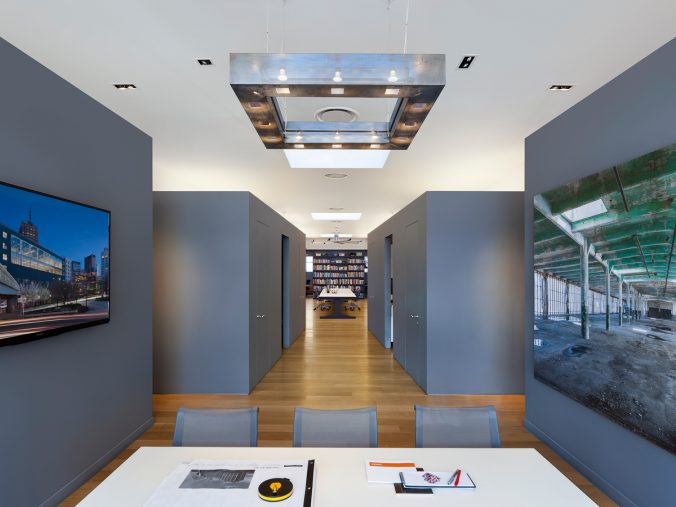 AA Studio is an architectural design and real estate development team headquartered in the creative neighborhood of Williamsburg, Brooklyn. The team is entrepreneurial and exuberant and prides itself on the design-forward work it produces as well as the innovative and collaborative culture that permeates throughout the studio.

Our company was founded by the vision of Italian Architect, Aldo Andreoli and is comprised of a select group of international architects and designers. We are staunchly committed to converting opportunity into lasting value for occupants, local communities and investors. AA Studio has a widespread expertise in an array of projects across New York, California, Arizona, Florida, Mexico, Panama, Guatemala and Italy. The company specializes in high-end projects, balancing form and function with a bold, yet elegant flair, which has become its trademark. While understanding the need for sound structural and financial practicality, AA Studio incorporates uncompromising design fundamentals into every job.

Aldo Andreoli is a licensed Italian Architect and Intenrational Associate Member of the AIA, who received his degree from the Politecnico di Torino in 1977. His combined passions for architecture and travel have directed Aldo’s work which includes an impressive portfolio of innovative and challenging commercial and residential projects that span five continents. Italy, Panama, Arizona, and New York are just a few of the regions where his work has made him a recognized international talent. After working in both Europe and South America, Aldo moved to New York City in the early nineties, where he founded the architectural practice, SANBA Design +Development, a design-oriented development company. Starting with the renovation of 56 Thomas Street and later 140 Franklin Street, both existing TriBeCa warehouse buildings convertedto condominiums, SANBA was arguably the first companyin New York to understand the importance of design in newdevelopments.

Aldo moved to the serene deserts of Sedona, Arizona where he designed and built multiple single familyresidences. In 2009 Aldo returned to New York City to continue his passion for New York City Architecture, when he then formed a partnership with Morris Adjmi, and eventually opened AA STUDIO. Aldo is currently working on multiple projects around the world including a fashion studio and residential building in New York City, multiple warehouse conversions in Red Hook, Brooklyn, a single family residence in the beautiful hills of Monterrey Bay, California, and multiple concept designs in Los Angeles and abroad.

We are proud to present our new location on the Brooklyn Waterfront, in a warehouse previously used by mechanics and artists in which we converted into a contemporary architectural studio.

This website uses cookies to improve your experience while you navigate through the website. Out of these, the cookies that are categorized as necessary are stored on your browser as they are essential for the working of basic functionalities of the website. We also use third-party cookies that help us analyze and understand how you use this website. These cookies will be stored in your browser only with your consent. You also have the option to opt-out of these cookies. But opting out of some of these cookies may affect your browsing experience.
Necessary Sempre abilitato
Necessary cookies are absolutely essential for the website to function properly. This category only includes cookies that ensures basic functionalities and security features of the website. These cookies do not store any personal information.
Non-necessary
Any cookies that may not be particularly necessary for the website to function and is used specifically to collect user personal data via analytics, ads, other embedded contents are termed as non-necessary cookies. It is mandatory to procure user consent prior to running these cookies on your website.
ACCETTA E SALVA