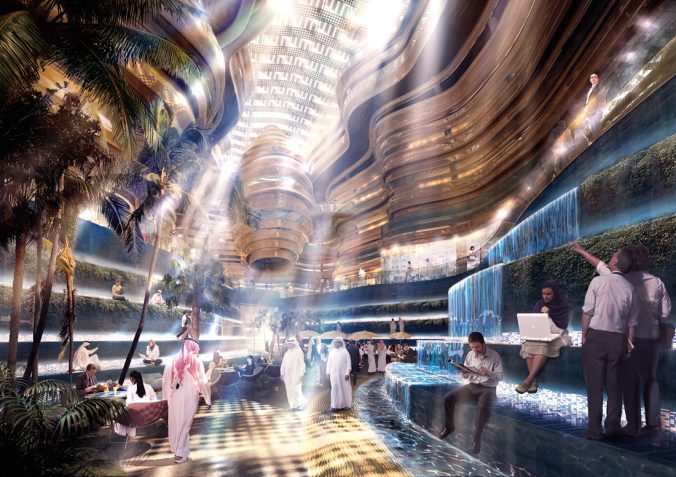 We are in the desert heart of the UAE, not far from the big city Abu Dhabi. Here there is the first city in the world designed with renewable energy. It’s called Masdar City – “spring city” – and it is a project of the Masdar company, renewable energy giant.

Designed as a “source” of alternative energy, which will allow the entire city to sustain itself and make production of almost zero waste, Masdar City project should be completed in 2020 with a budget that currently is around 22 billion dollars.

A project of this magnitude could only be born in a place like the United Arab Emirates, where a similar economic investment can become reality. Here, experimentation is the key word: it was for big cities like Dubai and Abu Dhabi, then paladine socio-economic ideals, and today it becomes fertile ground for sustainability, although the project don’t inspire the whole of sustainability which is the mouthpiece.

Each consumption will be brought to the minimum, for example the buildings will be positioned to receive the wind from the sea and to capture heat into useful heat to cool. If you think that in Abu Dhabi most of the energy goes into the air conditioning in the summer, the Masdar City’s approach is different.

Developed according to the shape of a perfect square, it will be surrounded by walls that will come even to prevent access by any means of transport outside the city. Internal transport will be green: besides lanes for pedestrians and bicycles, thanks to Personal Rapid Transit, there will be electric taxis that will move on hidden magnets in the asphalt, without driver and with a maximum speed of 40 km/h).

There will be solar panels, a photovoltaic power of 21 acres not far from the city walls, large structures with photovoltaic cells to absorb heat and light and shade. There will be a tower of wind that cools the temperature of roads, a large wind farm with 1,200 carbon fiber poles, groundwater for water … in short, Masdar City is the epitome of how it should be the perfect city, the city of the future, on paper at least.

A marriage of neutral technologies and cutting-edge applications that make this project a kind of experiment, a test, a search field, a prototype. But only the United Arab Emirates can afford them at the moment. Can it work as inspiration, as a starting point to transform our city into smart city? The challenge probably would be more difficult if you chose to intervene with completely different budget greatly reduced scale and above all pre-existing.