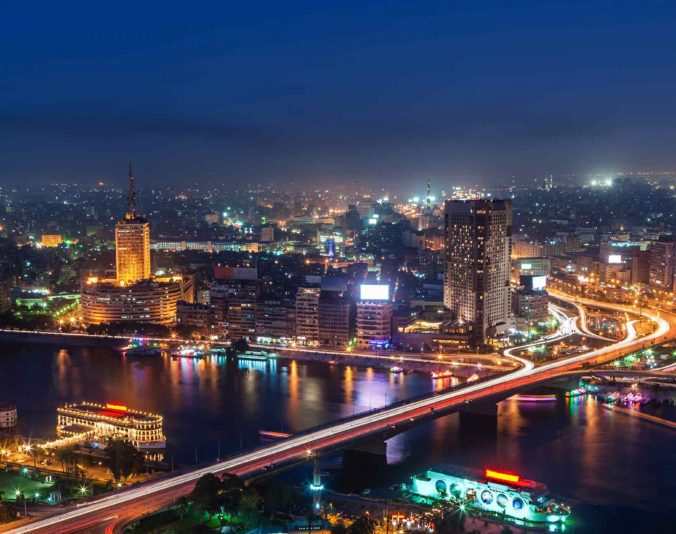 With 18 million inhabitants and uncontrollable urban development, the Capital Cairo is one of the most chaotic and busy/congested cities in Mediterranean area. To solve this problem Egyptian government has introduced a radical solution: a new administrative and financial capital that will extend Cairo eastwards to the coast of the Red Sea, with a new central business district and a new government administrative district. It is a satellite town which should rise about 40 kilometers east of Cairo, and would host the Presidential Palace, ministries and Government offices.

The planning of new urban project, signed by American studio SOM, involves the construction of some important buildings, including an airport and the new Presidential Palace, a thousand religious buildings, approximately 2000 schools of different degrees, about 700 health facilities and residential quarters for 21 5 million inhabitants, in a 700 square kilometers area. There will be also an amusement park 4 times bigger than Disneyland and one of the largest city park systems in the world.

Designers want to build a new sustainable city: both for the city’s green areas , both for energy supply from renewable sources.

The city project was introduced by the Egyptian President Al Sisi as a cornerstone, along with the Suez Canal expansion, economic development of the country. The investment is estimated at 45 billion dollars, the resources will come from different countries of the Persian Gulf and a major real estate investment fund in the United Arab Emirates, which has already built the world’s tallest skyscraper, the Burj Khalifa.