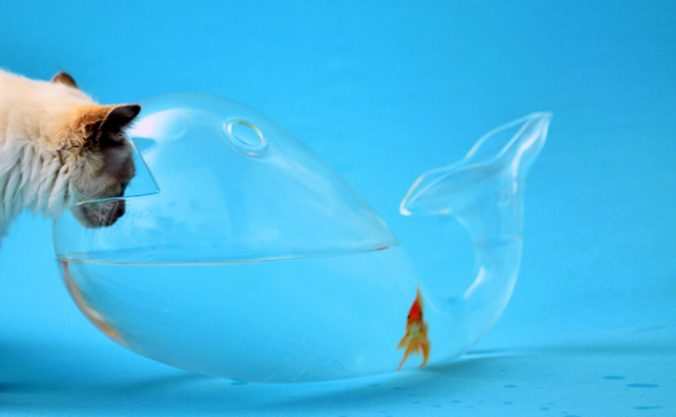 Green light to imagination and creativity! The design is inspired by the world of Fables and starts making fun of itself.

Jonah, Jumbo and George (formerly the names evoke fantastic characters) are part of a collection of blown glass objects.

Designed by Alessandra Baldereschi, are handmade and each of them is inspired by a short story, real or fantastic.

Jonah, the Aquarium, the name of the Prophet of the old testament who stayed three days and three nights in the belly of a whale.

Jumbo, fruit bowls, is the most famous African elephant captured in Ethiopia in 1869. He spent some years in England, London Zoo. Jumbo was a particularly large specimen whose name has become one of the most important synonyms of “big”.

And finally dessert tray with lid, George, is a rare giant turtle, last of the species “Home abingdoni” extinct in 2012.

Fun items, clean shape, elegant materials. So sophisticated when ironic to please everyone!

After an artistic training, Alessandra Baldereschi in 2000 he obtained a Master’s degree in Industrial Design at the Domus Academy. In 2001 obtains a residence-studio in Japan and develops projects for the table with ceramic companies in the District of Gifu. After returning to Italy, he began working with companies, such as Swatch Bijoux, Fabbian Illuminazione, Moss NY, Dilmos, De Vecchi, Chimento, Coin Casa Design, Skitsck and other brands, ranging from jewellery and fashion to those projects of lighting and furniture.

He has participated in various editions of the Salone Satellite in Milan in 2002, 2003 and 2004. His experimental series wood, chairs and rugs made from natural leaves and mosses, Dilmos collection editions. Among its displays: the Saint Etienne Biennale, in Amsterdam, the Seoul Design Festival and Moss a New York gallery. In 2007 the armchair “Soufflé” was selected for “Milano Made in Design”, and in 2009 Li Edelkoort chooses “planting” Designhuis Eindhoven Museum exhibition GLASS. In 2010, she was named one of the ten best new generation designers.

Homi Milan, a creative HUB, traditions and communication: the style is renewed

Pre-register now click here!     From digital challenges to the rediscovery of the Italian artistic heritage, passing…

SPACE&INTERIORS: A SUCCESSFUL DEBUT The only event in town is directly connected to Salone del Mobile space & interiors…

Comes the stone carpet, thanks to 3D printer

Dominik Raskin, architect and Professor of design, presented an innovative and original. Thanks to the technique of 3D remodeling,…