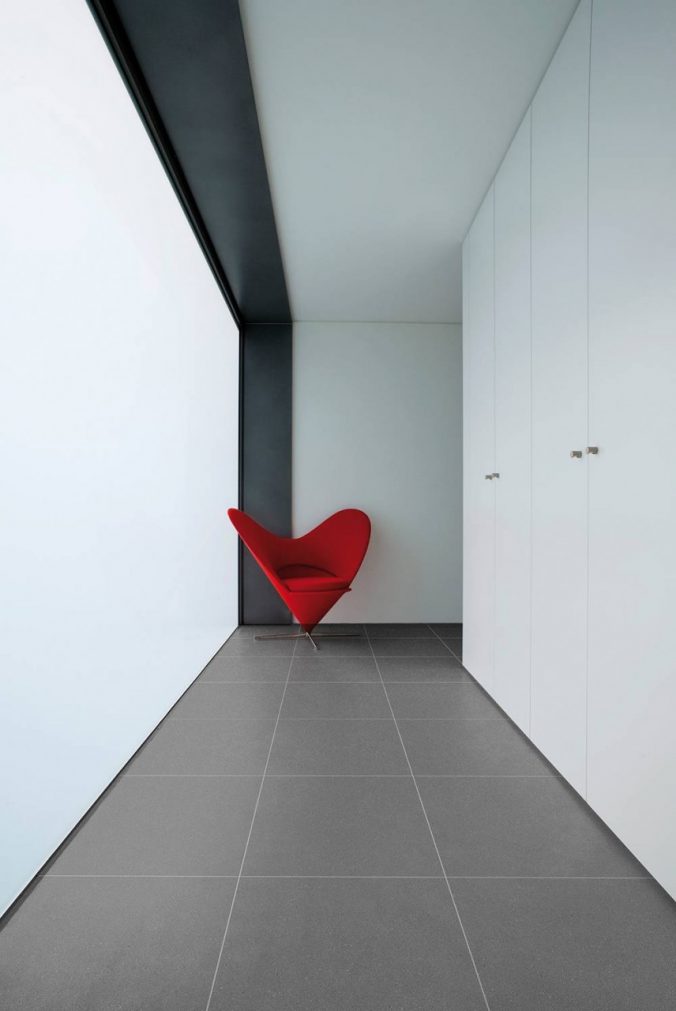 The renewed impulse towards liturgical building, the sustainability of churches in the urban context and the miraculous properties of porcelain stoneware. “God is in the details,” as German architect Ludwig Mies van der Rohe said, one among the masters of the Modern Movement, stated. Never was an expression more appropriate if we look at sacred architecture and the attention paid to particular technical aspects of design, to the social role of a liturgical building and the significance a place of worship can acquire once inserted in a urban context.

These aspects became fundamental once again after the 2nd Vatican Council – with figures such as Cardinal Larcaro dedicated to promoting religious building constantly dealing with the city – and turned into the protagonists of the debate on contemporary architecture also because of the numerous works of religious buildings planned by archistar such as Richard Meier, Le Corbusier, Mario Botta, Renzo Piano and Tadao Ando. But most of all thanks to the renewed impetus of the Italian Episcopal Conference (CEI), involved in supporting this field by organizing competitions which calls for projects of news churches: only in the recent period, besides the call for the diocese of Mantua, also those for Forlì, Lucca and Monreale’s churches are being defined.   The activism of ecclesiastical clients seems to be in contrast to the general slowdown in the industry, with an overall drop in new buildings of 44% from 2006 to 2012 and a non-residential market that is struggling to reverse the tendency. A recovery that seems to be based above all on the development of environmental and urban sustainability, a goal which has always been dear to CEI. If green design and redevelopment are the possible future of architecture, sacred building is very much a part of that “human ecology” which also latest pontificates referred to, specifically: the attention paid to the energy efficiency of the building; the accurate selection of materials not harmful to health; the choice both of construction systems that favour the exposure to the sun of worship places and of technologically-advanced facilities. Good examples do not lack, from more than 700 churches in Germany that have solar panels installed on the roof to the Immaculate Sacred Heart of Mary at Brembo di Dalmine (Italy), where the designers from the PBEB Studio have created a church inside a factory felt into disuse.   A liturgical building that thus presents less features of a monument to show more and more the characteristics of an architecture with specific functional elements, naming universal accessibility and security. As well as respecting the equilibrium with the surrounding environment, be it a landscape, be it the urban fabric. In particular, the majority of religious buildings able to propose a contemporary language associate the innovation of forms and materials to the familiarity of a place aimed to spirituality, a point of reference of the local identity and within the social context it belongs to.

Environmental sustainability is consequently the main goal of a sacred architecture aiming at conveying the concept of community, thanks to the use of green materials that represent a synthesis of contemporary aesthetics and functional quality. As for the materials, it is well known that ceramics are historically a common solution employed in the construction of religious buildings, for example for the covering of internal walls or for the decoration of domes and colonnades as well. A prominent role reiterated today by porcelain stoneware with its “miraculous” properties which let it adapt to different colours and spaces with different sizes, thanks to the availability of different shapes and thicknesses. Together with the elimination of glazes, these features allow the use of porcelain stoneware both indoor and outdoor, as in the case of the DSG Ceramics gres tiles which Ithaca Associate Architects and Itinera Associate Studio chose for the project they proposed to compete in the contest for the parish of Santa Maria del Carmine (Naples, Italy), organized by the Archdiocese of Sorrento-Castellammare di Stabia. The DSG products specifically selected for the project of the church facility are Luserna and Basaltina, both in the bush-hammered version: porcelain stoneware slabs able to resist to abrasion, with friction coefficient R11(perfect for uses in high-traffic areas), and with a stone effect capable of enhancing broader areas. An aesthetic detail fundamental for the creation of a unique pedestal that, according to the designers’ intention, should visually arise from the cross inside the church and then reach the exterior of the facility entirely travelling its perimeter, finally turning into a seat in the churchyard, as a symbol of welcoming. The indissoluble connection between the daily lives of all believers and the liturgy are indeed recalled by the principles which the project is based on, and is represented by a volcanic stone-effect flooring eliminating any continuity between the various parts of the sacred architecture.

Finally, to go back to quotations, in particular to another prestigious member of the Modern Movement, Le Corbusier asserts: “Architecture is the learned game, correct and magnificent, of forms assembled in the light.” A light that, in some cases more than others, can truly be said to be of divine origin.

Here you can download free textures of DSG products.