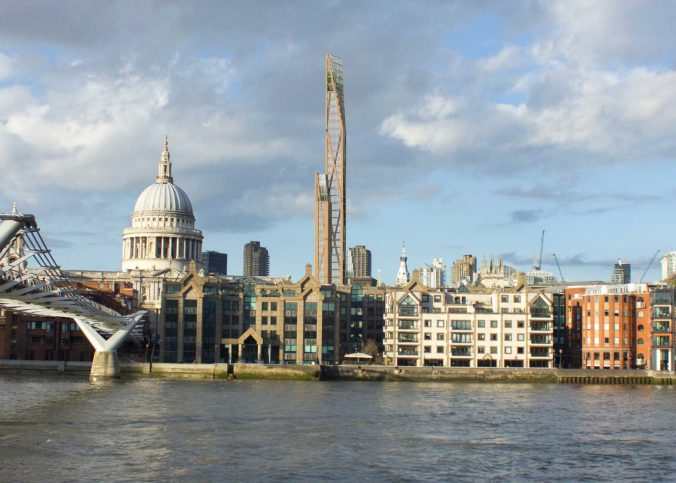 An 80-story tower with a wooden structure. It’s called Oakwood Tower and is the project presented by studio PLP Architecture, with researchers from the University of Cambridge. The new tower would rise next to London’s Barbican complex.

The blocking of the Barbican, with its Center for the arts, designed in the 1950s by Chamberlin, Powell & Bon is one of the best known examples of brutalist architecture. The project, presented to the London Mayor Boris Johnson, involves the construction of an 80-story tower, 300 meters high, with more than 1000 housing units and a total area of 93mila square meters.

The wood into large buildings

The use of wood for the construction of large structures is an emerging trend. “The use of timber could transform the way we build in this city,” said PLP partner Kevin Flanagan. “Timber buildings have the potential architecturally to create a more pleasing, relaxed, sociable and creative urban experience”. Researchers from the Department of architecture of Cambridge point out the advantages of using this material instead of steel and concrete in terms of sustainability of the building.

Currently the tallest building in wood is a 14-storey residential tower in Bergen in Norway, but there are numerous ongoing projects of large buildings with wooden structures. In the Usa the highest wooden building will be the Framework Tower, designed by the American Lever Architecture. Bordeaux Jaen Paul Viguier won the contest for a new office complex with three lofty towers 57 meters.

According to the designers of the Oakwood Tower wood will change the 21st century buildings like concrete, steel and glass construction have revolutionized in the 19th and 20th centuries.