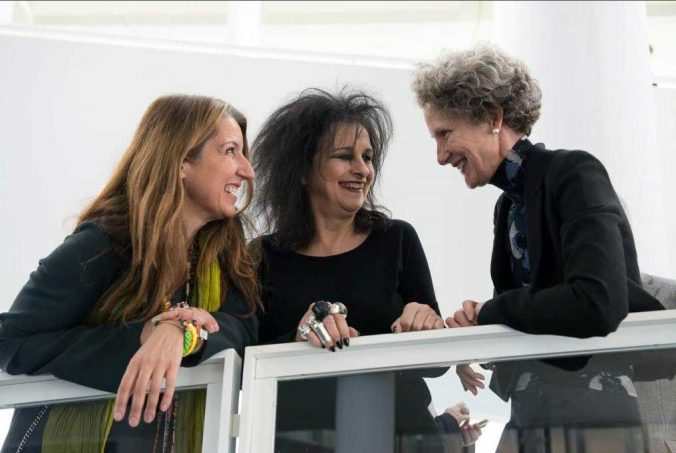 Fourth Edition of arcVision Prize – Women and Architecture, the award instituted by Italcementi Group in 2013, with the aim of giving relief to women who have made a true novelty in interpretation of design, theory and application of economic, social and cultural context in the field of architecture.

arcvision Prize is now an internationally recognized Award (a Pritzker-female) who has chosen until now about 160 architects around the world.

In recent months a group of Advisors from around the world reported about 40 designers, which were then judged by a technical-Cultural Commission, which identified a shortlist of 20 nominations.

The shortlist is now submitted to the international jury meeting in Bergamo from 7 to 8 March at i.lab, the Italcementi Group’s research and Innovation Center.

arcvision Prize rewards every year an architect woman demonstrating in its significant research and design quality and attention to key issues of construction: technology, sustainability, social and cultural implications. The prize tends to privilege for nomination those writers who operate under conditions of particular complexity, both as fields of intervention, both in terms of territorial conditions. A photograph of contemporary architecture in the feminine which saw winners of previous editions Carla Juaçaba (Brazil, 2013), Inês Lobo (Portugal, 2014), Angela Deuber (Switzerland, 2015).

The 2016 Edition of arcVision Prize presents an important innovation: on the occasion of the XXI international Triennale di Milano, who returns after twenty years in the city, the awards usually referred to i.lab Italcementi in Bergamo, will take place on 7 April at Teatro dell’arte di Milano Triennale.