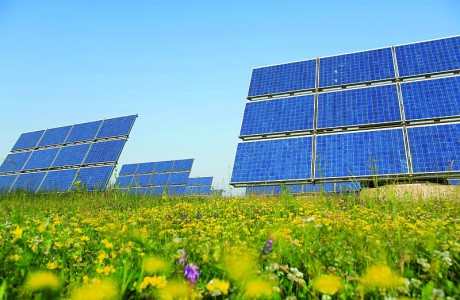 In 2006 the Italian municipalities with a renewable power plant were only 356; today there is at least one plant in almost all of the over 8000 municipalities of our country. The 2014 report of Legambiente on the “renewable municipalities” lists more than 700,000 clean energy systems (solar, wind, hydro, biomass and geothermal), which satisfies the 32.9% of national electricity consumption and 15% of the total.

The increasing independence from fossil fuels is not only an economic benefit, but it must be considered an important indicator of the rate of innovation in the economy of a country. Betting on renewable energy means believing in a new economic paradigm, based on rational use of resources.

“The results achieved from renewable energies in our country in terms of production and distribution in the territory were simply unimaginable only 10 years ago”, says Edoardo Zanchini, vice President of Legambiente, “They demonstrate how the systems are reliable and competitive”.

In the face of these good results though there has been a real attack on the renewable energy sector in recent times in Italy: this has led to a reduction of more than 80% of the investments over the last two years. The complaint comes from the Working Group of the National Council of the Green Economy, composed of experts and entrepreneurs in the sector.

The accused are the fiscal policies that deter investment and the absence or contradiction of legislation that prevents the development of the market.

Hence the proposals of Legambiente. First of all, reward all those who make it through stand-alone renewable and efficient systems, removing all limits on site exchange of energy with the network and opening direct sales contracts of energy produced from renewable and cogeneration.

“In many regions”, Legambiente says, “is in fact prohibited the construction of new projects, while in others transparency and protection procedures are not guaranteed and uncertainty is still one of the main barriers to the diffusion of renewable energy in Italy.

We need to introduce, as in Germany, a system of incentives for families and SMEs for photovoltaic roofs with integrated storage systems that provide at least 60% of its consumption; and to reintroduce Tariff incentives for the replacement of asbestos with photovoltaic roofs. Finally, we need to push the energy redevelopment in construction with new policies to help reduce utility bills, particularly the largest expenditure concerning the heating .”