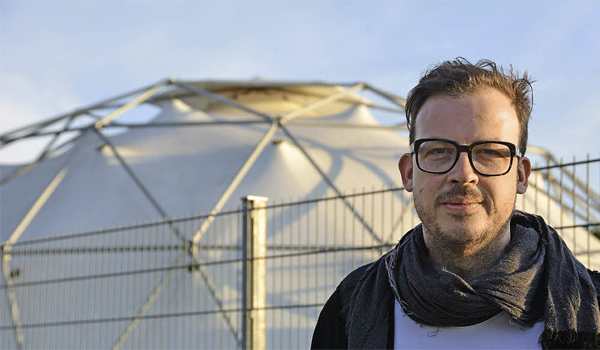 He is an architect, an urbanist and an artist: Markus Bader, founder of the architecture Studio Raumlabor Berlin, has been a guest at the Cersaie 2015 with a conference entitled “Reinventing the city.” He gave a lecture on the topic “designing urban spaces” with his spanish co-worker Franco Arturo. Architect Fulvio Irace has been the moderator of the meeting.

Bader is famous for an approach to urban regeneration focused on trade and social ties with residents. The principle leading the firm’s activities (usually not analyzed by the architects) is the awareness that no one knows the difficulties of urban areas better than people attending daily.

The study considers that one of the tasks of the architecture is to revitalize abandoned spaces, thanks to processes of urban transformation and experimentation. These kinds of job involve also artists.

Examples of this new practice are projects like Der Berg (2005), an installation in the former Palace of the Republic in Berlin, or the “Eichbaumoper” (2009). “The architecture is not a matter of control and order” concludes Bader “but it’s a fluidity of forms and a mixture of ideas, a more philosophical than really constructive concept”.

See the speech by Arturo Franco

See the speech by Fulvio Irace