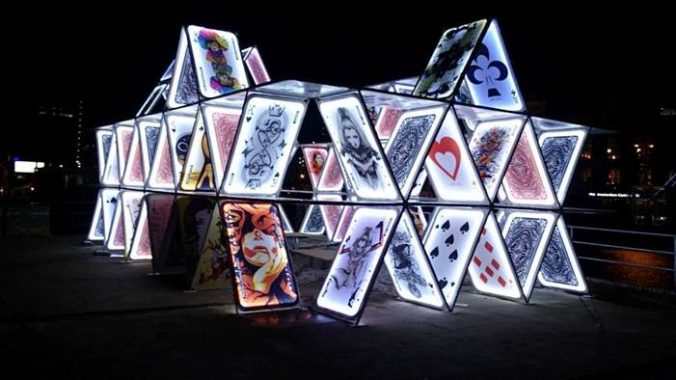 Return the play of light, sparkling sculptures and light projections in Amsterdam for the 4th annual Light Festival. The event was inaugurated on Saturday 28 November by Princess Beatrice, attended by Merlijn Twaalfhoven who composed the opening ceremony.

The historic centre of Amsterdam until 17 January becomes an open air museum, thanks to the homage of internationally renowned artists and designers, like Olafur Eliasson, Janet Echelman, and Italian Angelo Bonello.

Illuminade is the walking tour around the historic centre of Amsterdam, in neighborhoods Weesper and Plantage. Among the works that visitors will admire include Strangers in the Light (Victor Engbers & Ina Smits), Winged Migration (Tessel Schmidt & Judith Hofland) and Light Droplets (Eva van der Moer).